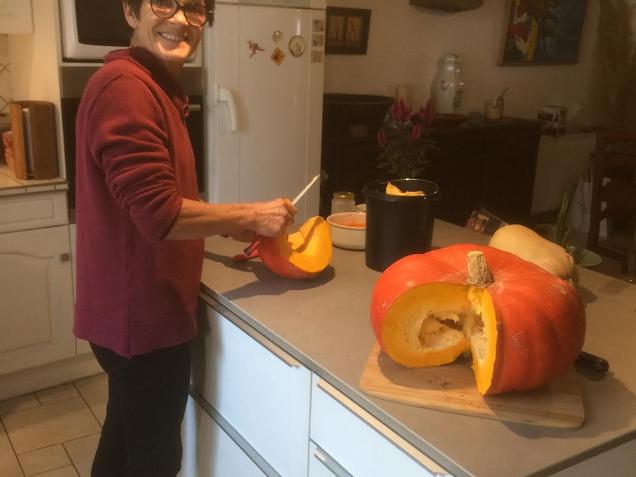 Hiya guys! Talking about oneself! Who doesn't like that? (bearing in mind it's bad for karma). This will be a real challenge because although I can read in English quite easily, I'm not sure to be able to write properly. When I was in middle and high school, I first learned German and then Spanish (I didn't like to do as all the others did). But I quickly realized it was a mistake, so I spent a few months in England as an "au pair", at just twenty years old. (I was so young!🤔 ...long time ago, isn't it? as I'm now nearly 60 😨!). A year after, I moved to French Guyana, where I lived up until 3 years ago, when I moved back to France. For years, I didn't practice any English and forgot everything I had learned in England. But one day, in Guyana, I met an English girl who didn't speak a single word of French. We became very good friends...and...the first time we met, it was horrible to communicate. I had just come across an ad for Gymglish in the newspaper "Le Monde". This was maybe in....2010, I would say. Since then, I've been hooked on you like a dog is with his favorite bone 😄 just for fun and to keep practicing. Oh, and I like you so much that a few months ago, I subscribed to Wunderbla, as I have also forgotten what I had learned in school about German! Hard work! 😉 I have never needed English, nor German, for my job, as I was a teacher in primary school. Are you sure you don't regret having asked me for my life's story? A little bit long, wasn't it? 😅 But chill out guys, I have nearly finished! For my dogs...Gymglish didn't change anything...they still disobey, whether I speak to them in French or in English. I'll soon try to speak to them in German when I will have made some progress thanks to Wunderbla! And about my hairstyle...I have noticed that, since 2010, when I first subscribed to Gymglish, I have lost some hair...have you any explanation for this strange phenomenon? I hope you were not too bored with my story...anyway, I wish you the best of luck as you've been so helpful.