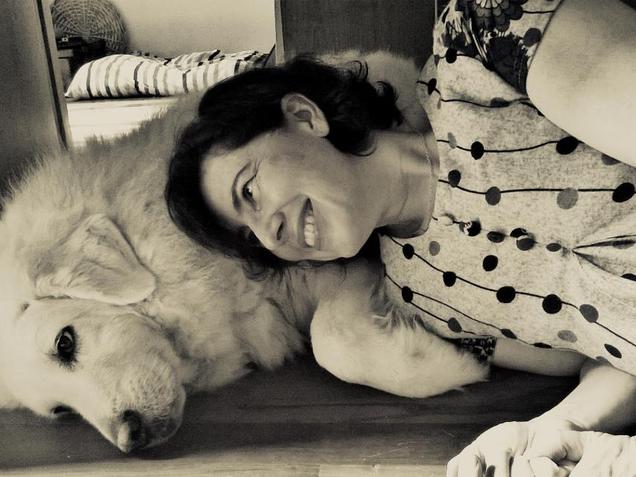 As a child, my father and my uncle spoke Yiddish. I did not understand them but I would have liked to. People who experienced war and persecution were very secretive about their "old" lives and often thought that teaching Yiddish to their own children would have led them to new discrimination, new persecution, new camps. In elementary school, I was asked where I was from and I couldn't answer because I didn't know anything. I felt different and worse, I thought I had done something wrong. One day I asked my father why we didn't have a last name "like the others". He answered me with a question "and you, do you know?". I answered "no". And he added "Fine. You don't know. It's better that way.". When I listened to my dad and uncle speak, I thought it was German. I did two years of German in middle school and I loved it. I had a very good teacher, who spoke only German. It was amazing. Then I changed schools and had to quit. I took it back at high school. I had an excellent level and anyway, I continued to like it. In my job, I didn't need it, but I didn't want to give it up. The years have passed. I went to live abroad. I got married, I had two children who are bilingual. I have always wanted to take up German again. But I still had the urge to "know more", to know where I came from. One day I received a photo from a cousin. A sepia-colored photo that represented a whole family. I didn't know who these people were. I learned it was my grandparents, my dad when he was 3 or 4, and other relatives whom no one remembers. I then learned that part of my family lived in Canada. I wanted to know them. But it was English-speaking Canada and I hadn't studied English. While looking for an online course, I discovered Gymglish and loved it right away. I found it super well done, very funny. After a few weeks I wrote to find out if the same existed for German. I was told "not yet". Then I went to Canada and the United States and managed to talk to my cousins. On my return, I continued with Gymglish and a few years later, I discovered Wunderbla. I immediately subscribed. And There you go. Every day I study English and German. It's really awesome. I love this method and have recommended it to a lot of people.