Understanding grammar is key to understanding a language.
Learn English online and test Gymglish for free.

TEST YOUR ENGLISH
Free with no obligation to buy.

The expression Let's + [the infinitive without 'to'] expresses the imperative, but is generally used to make a suggestion:
Let's dance!
Let's all go outside and get ourselves a snack.
Let's is actually the contraction of Let us. In the first and third person, the imperative can actually be expressed with the construction LET+ the object + the infinitive without 'to':
Let us see.
Let us hope everything will work out.
Let them eat cake.
Note:
•  Sometimes the meaning is very close to that of the ordinary verb to let (to allow):
Let my people go. Allow or permit my people to go.
•  Let is followed by an infinitive without 'to', but allow (and permit) are followed by an infinitive with 'to':
Let her speak!
Allow her to speak!
•  In the negative form:
Don't let it happen again! Don't allow it to happen again!

Still facing difficulties with 'Let's learn about 'let's''? Improve your English with Gymglish - try our English lessons for free now and receive a free level assessment!

Tips for learning 'Let's learn about 'let's''? Share them with us!

Find out about other grammar rules. Improve your English further and test Gymglish, online English lessons.

Test our online language courses for free for 7 days and receive a free personal level assessment.

You will receive an email with more details shortly.


Check out other courses and download our free iOS & Android Apps.

Your request has not been taken into account because your e-mail address already exists in our database.

We weren’t able to handle your request. Please contact our support team (support@gymglish.com) and alert them to the following message:


We apologize for the inconvenience. 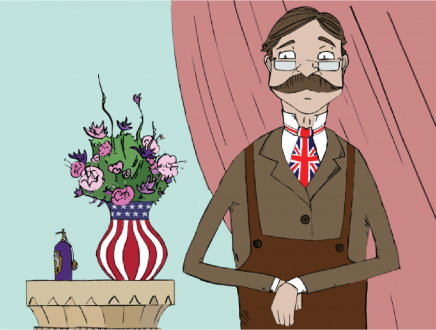 Free test (no credit card needed).
Only 15 minutes per day.
Lessons adapted to your level
A story, authentic cultural references.