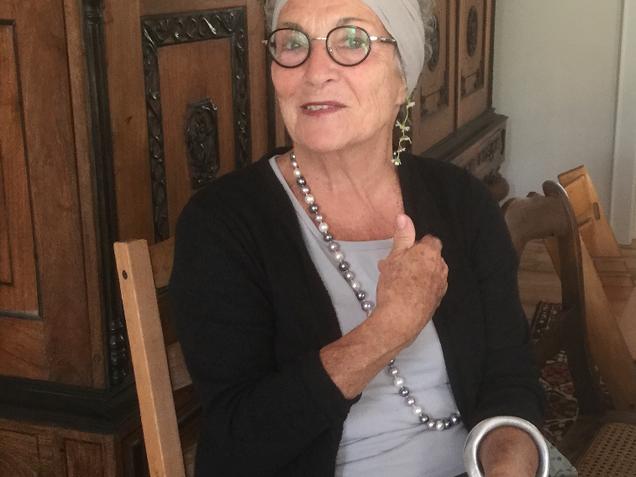 Growing up in Eastern Germany, Russian, not English, was taught in schools. I preferred German studies, but was assigned the job of becoming "Teacher of German and Russian". After my escape to West Germany, where my studies were not recognized, I decided for the fastest and cheapest career option: elementary school teacher. I applied for the foreign school service and was sent to Windhoek, in what was then South West Africa. Afrikaans, German and English were the national languages. With German and an approximate understanding of Afrikaans, I got along just fine. English was not necessary. Only when I met my husband, who was working for a German company in different countries in Africa and Asia, I had to communicate in English. I had no opportunity for English lessons while living in Sudan. Fortunately, the University students in Khartoum went on strike, and so an unemployed English lecturer had time for me. For three months, he taught me without being able to explain anything in German, so I learned English without understanding half of it! But that was enough to shop, to make friendships, to understand roughly, if I knew what it was happening. Then Somerset Maugham took over. I knew his novels, so I read them in English. Otherwise I learned English without a system. I have never really understood the grammatical finesse of English. I read without difficulty, but spoke from instinct. The biggest challenge for me are the tenses. I have made do with my knowledge of English decently in my fifty years of my life abroad. Since most of my interviewees were people who used English as their second language, as I did, there were no inhibitions on my part and therefore no difficulties. My husband and I have been living in Germany for more than a year now, so no longer in the English-speaking world. Gymglish came to me like a present! I look forward to every lesson, it's not just occupational therapy for me, I'm still learning a bit, a lot of "out of the gut" is now brightening up, and I'm childishly annoyed by your grading. Of course, the themes are not always "my thing", but that's age-related. In addition, my voice, accents and the often shrill exaggeration of statements make great difficulties. So I usually listen to your little "stories" three or more times, and yet I often can't tell at the end whether that was called "circled" or "cycled". But I take that more as an incentive than a nuisance. Thank you all! Writing my story in English would be like a thesis. And with all the time that I have now, I would need too much time!